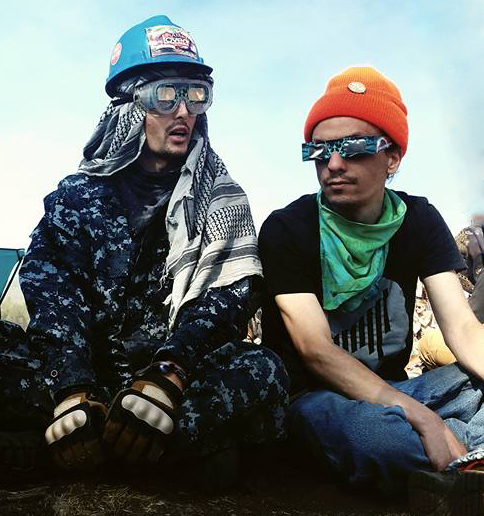 The story of Porpoise begins some time ago in a little town called Laytonville California. Laytonville is a quiet town in Mendocino County just off HWY 101. It’s a fairly uneventful place, but also home to two of my greatest influences in life. The first, is Camp Winnarainbow, a summer camp run by clown/activist Wavy Gravy. I spent much of my summers growing up there, learning performing arts, creativity, inclusiveness and how to embrace my weird.

Located just next to CWR is my second favorite place in Laytonville, Black Oak Ranch. This property has been home to many music festivals including Electric on the Eel, Kate Wolf, and Enchanted Forest. It is also where I attended my first music festival, Earthdance California, in 2008. As soon as I entered the grounds, I found myself immediately and deeply in love with this little corner of subculture. It embodied a lot of the same ethos I had learned at camp, with a grown-up twist. I was enthralled by the sights, the sounds, the characters…I saw a tapestry of collaboration woven by a multitude of people with so many talents. At the time, I didn’t really know how, but I felt the need to get involved, even in the smallest of ways.

Flash forward to 2014. I found myself writing and photographing for my friends at Booms and Claps as well as some festival’s in-house blogs. Even though I had plenty of experience photographing, doing it at a festival brought on a unique challenge. The high dynamic range and fast pace of the environment forced me to think on my feet. The challenge was exhilarating and offered a new dimension to the way I engaged with these events.

A few short years later I was hit with some major health and mobility issues. It became clear to me that I was no longer able to lug a camera around all weekend, or even a short time. While coping with this loss and my illness, I found solace in new types of creativity. It was very soothing and fulfilling to focus my energy on other creative endeavors. This has brought on a whole new chapter. While my work with the laser cutter and geometric designs aren’t as directly related, it feels like a continuation of the spirit in which Clapping Porpoise Studios originally began. As a graphic designer, I see my work as a collaboration between me and the client. While I enjoy working in that way, I reached a point where it felt important to express my pure self. I see this body of work as a container to take risks and experiment. These are crucial parts of the artistic experience. As a developing artist I often avoided taking risks, but struggling with my health has taught me that life is too short for that.

What’s in a name?

The name Clapping Porpoise was derived from two of my families within the festival community. The first being Booms and Claps a music-based blog that I have been involved with as a writer and designer since its inception. They were how I found entry to being a part of these events and for that, I am forever grateful. The second is the group of friends I attend events with, dubbed “Camp Higher Porpoise”. These people have been with me through the best of times, but also helped push me around in a wheelchair when my legs couldn’t carry me around. Their friendship has taught me so much and pushed me to grow as an artist and a human.